How effective is Flash Duration in freezing motion?

When purchasing strobes, one of the key considerations that photographers consider is whether the lights have High speed sync (HSS) or not, very few people ever consider the flash duration speed. Flash Duration is the lesser known cousin of HSS. Well we’ve just been getting to know more about it, so hang in there, and let’s learn together. Flash duration is one of the ways that has been used to freeze motion for the longest time. Even the regular flashes use flash duration to freeze motion. Flash duration is the length of time that a strobe/flash takes to emit a single burst of light. This varies across different strobes and even at different flash strengths.

The importance of flash duration or even HSS to the photographer of course all depends on the kind of photography the lights are intended for, some photographers may never use this feature. If you shoot product or scenes with a lot of movement, then the need may arise.

Before we go too far, here are some terms that you will encounter in the article:

Flash duration speed is denoted by the terms t1 & t5, you can check the meaning up above. When considering the flash duration of a light, the t1 value is more important to note than the t5 as the t1 gives a more accurate representation of the output you will get. However, most manufacturers only give the T5 value of the lights because it is higher. The F stoppers have done a wonderful demonstration to explain these terms and what it all means.

For instance, the Jeinbei Spark 3 400 t5 value is 1/800s-2/2200s so it’s given as a range. I assume this means that when your lights get to 50% & then start to dissipate your output could fall in between these values. Which also means you may not get the same output of light each time, this may also be affected by the power(higher or lower) you have selected. If you think/know this means something else, comment below. After studying these things, we put the Jeinbei Spark 3 400 to the test:

Get the T1 value of your lights

A suggestion shared by SLR Lounge to roughly get the t1 value of your lights is to divide the t5 value by 3. This would mean that the t1 value of the Jeinbei Spark 3 400 would fall between 1/266-1/666s, which is very low. We wanted to see for ourselves how effective this speed is in freezing motion. If you can, when you are purchasing your lights, make sure the speed of your flash duration is much higher than this.

You may also like: Business Photography survival in Kenya in the era of Covid-19

Flash not your shutter freezes motion

One thing that we have just learnt is that when using flash duration, the flash freezes motion and not the shutter speed. So your flash shutter speed may be 1/50 and you may still be able to freeze motion. However, there’s a limitation on the higher side, most DSLRs have a flash sync speed of 1/200 or 1/250 so if you go above this sync speed then you start getting that black edge at the bottom of the image because the shutter opened and closed faster than the input of light coming into the camera. Karl Taylor has broken this down pretty well.

In the case of the Jeinbei Spark 3 400 the highest power is 10 and the lowest power is 1. When using flash duration to freeze motion, we have used between the lowest power of 1 and not going beyond a flash strength of 4. We’ve also mostly used a shutter speed of 1/250, a smaller aperture and adjusted the ISO to make sure lighting is good.

By no means are we saying we know all there is to know about Flash duration so if you have any suggestions or corrections, share them below.

Check out more of our work on our social media platforms:

A Complete Guide to E-commerce Photography that Converts: Part 3

A complete guide to E commerce photography that converts: Part 2 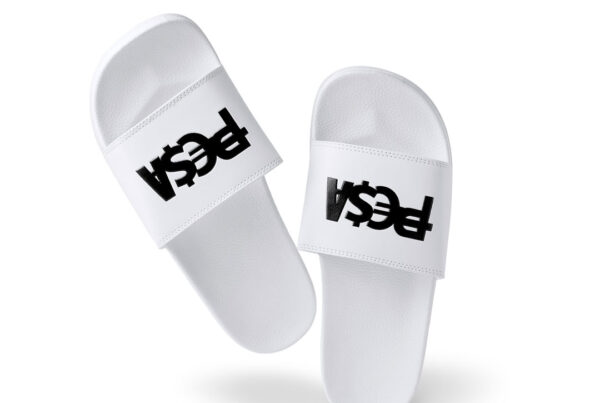 A Complete Guide to E-commerce Photography that Converts: Part 1